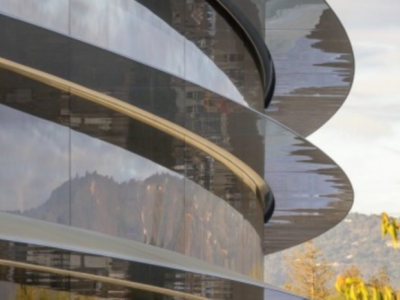 Other than a mild sense of Sunday-night dread, offices rarely inspire much emotion among staff. But from now on Apple employees can be forgiven for going to work with a spring in their step.

The headline figures associated with the tech giant’s new ‘Apple Park’ headquarters are staggering – over the next six months or so, 12,000 employees will be moved to the 175-acre campus, which is reported to have cost $5 billion to construct.

Six years ago, Apple co-founder Steve Jobs addressed a Cupertino City Council meeting in California where he unveiled plans to create “the best office building in the world”.

It was Jobs’ last public appearance before he died. Now, his vision has been realized, and the end result is a futuristic four-storey, circular edifice that resembles a grounded spaceship. 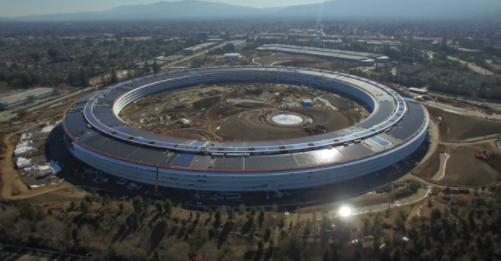 The migration of Apple workers is reportedly underway, with a steady flow of 500 employees expected to start work at the shiny new HQ every week until the mass relocation is complete.

But how exactly will such an ambitious, not to mention expensive, move benefit Apple?

Have you read?      6 old must-see buildings in Yerevan

The home of innovation’

It’s a slightly depressing fact that most people spend almost their entire working life inside an office. Apple hopes that moving to a state-of-the-art workplace will have an energizing effect on its workers.

With a market capitalization of more than $800 billion, Apple clearly isn’t short of cash. Yet that doesn’t mean spending isn’t carefully scrutinized – the vast expense of Apple Park initially raised eyebrows among some shareholders.

But for Jobs and other members of Apple’s senior leadership team, the estimated $5 billion cost was a price worth paying to cultivate innovation among staff and ensure the company continues to attract top-class personnel in the years ahead.

Speaking at a launch event in March last year, CEO Tim Cook said: “Steve's vision for Apple stretched far beyond his time with us. He intended Apple Park to be the home of innovation for generations to come.

“The workspaces and parklands are designed to inspire our team as well as benefit the environment. We've achieved one of the most energy-efficient buildings in the world, and the campus will run entirely on renewable energy." 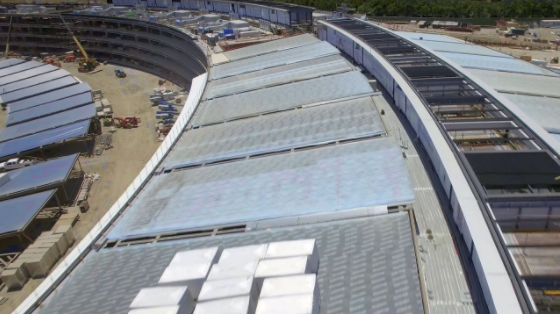 Other cool offices around the world

Apple Park may have caught the attention of envious employees from California to Calcutta, but there are plenty of other offices around the world that put the average workplace to shame.

Amazon is building a spectacular office in downtown Seattle where workers will soon be able to hold meetings and take lunch breaks inside three gigantic glass spheres that contain plants, streams and even a few treehouses.

The tallest of the glass and metal spheres rises 90 ft (27m) and is more than 130 ft (40m) in diameter, with two smaller spheres to each side.

The Edge building in Amsterdam, designed for consultancy firm Deloitte, has been billed as the world’s greenest, and possibly smartest, office space. It even has espresso machines that “recognize” workers and remember how they like their coffee. 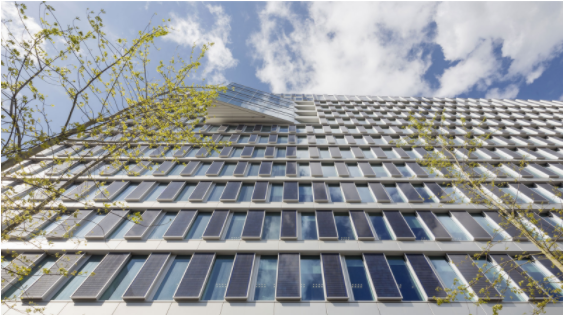 However, it’s not just big blue-chip organizations that are investing in better offices.

Last year, the Guardian newspaper ran a feature on the world's coolest offices in which ordinary workers championed their extraordinary workplaces.

Concepts included a rooftop terrace in Berlin that hosts BBQs, beer drinking and morning yoga classes; an indoor go-karting track in an office block in Canada; and treadmill desks at Ernst&Young’s London office.

Most of us can only dream of working in such an environment, but as employers up their game to attract and retain skilled staff, perhaps in the future more people will enjoy coming to the office.